Insights from the 2021 Association of the US Army Show 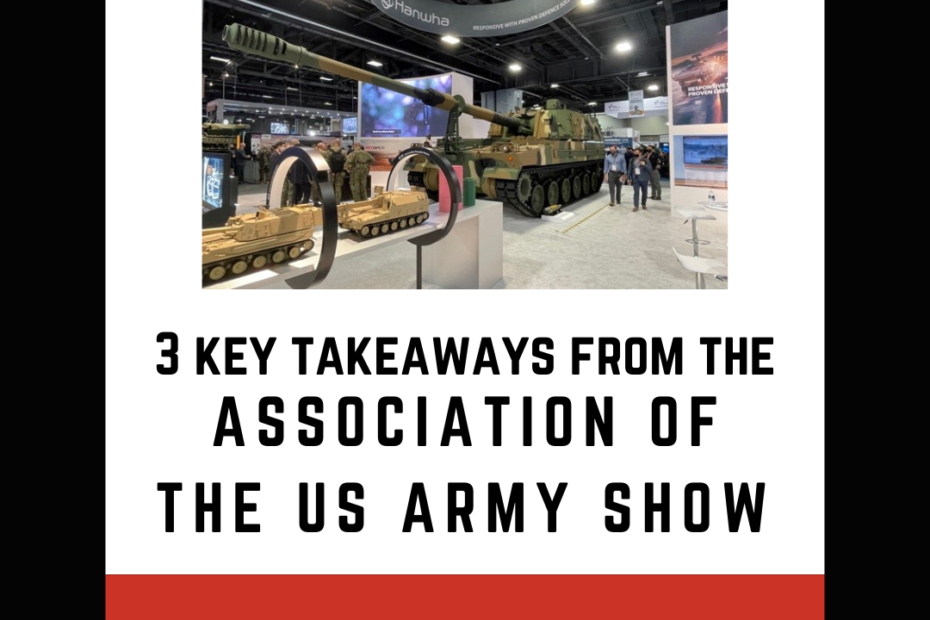 As a former Navy guy, it’s not easy for me to spend several days surrounded by Army folks, but I made it through relatively unscathed!

After last year’s AUSA Show was canceled due to the pandemic, it was great to be back with this group. We got to see both the proven technologies currently being used for our Defense along with many new and emerging technologies to support future operations.

It’s exciting to be a part of the Defense industry and see how it’s evolved since my years in the Navy. We still need to provide our military folks with the best capabilities we can to support the defense of freedom around the world. They are some of our best and brightest and keeping them well equipped should be a National priority.